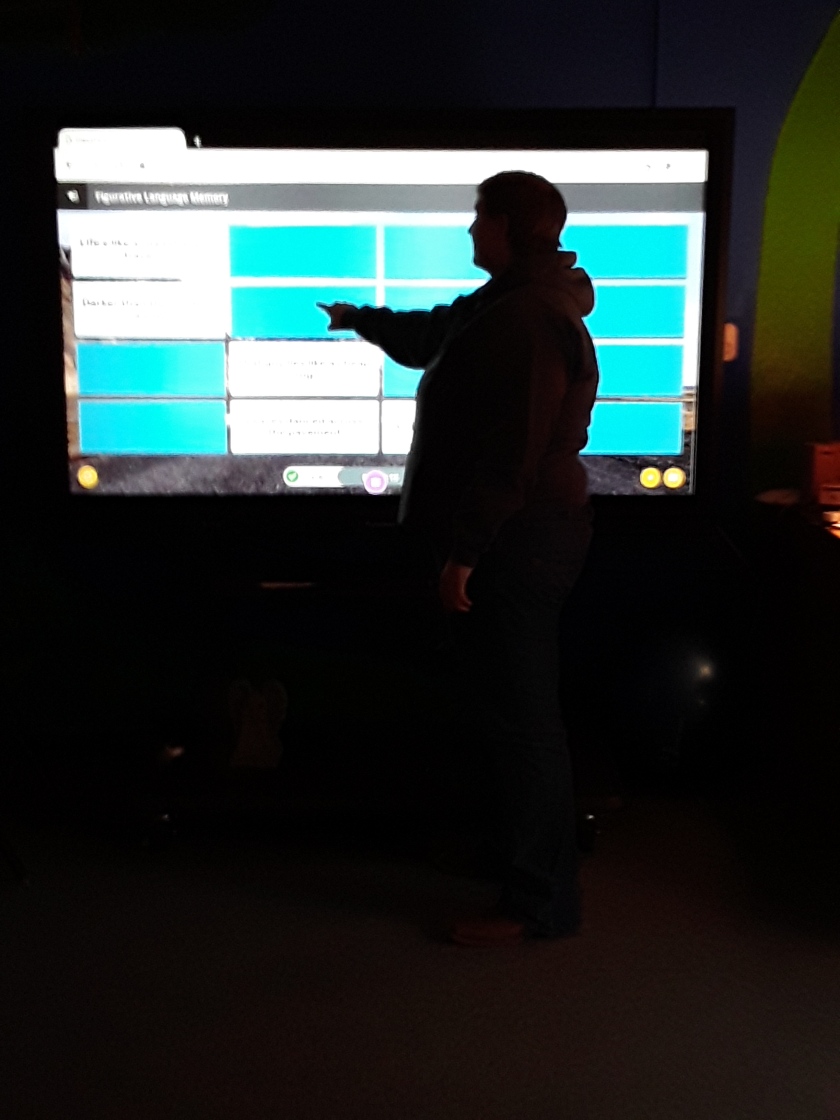 Our superintendent scored us a huge grant that picked up the tab for shiny new Promethean boards in every classroom this fall.

A Promethean board is basically an Android tablet the size of a big-screen television. I use mine as a chalkboard more than anything else, but I’ve also downloaded a few apps, and it came in extremely handy when I was training a couple of my student journalists to use inDesign. (More on that in a future post, probably.)

Promethean boards come with something called Classflow, which is an online tool that allows you to design interactive games, polls, and other materials.

About 10 years ago, I designed a game called Figurative Language Memory. It was just like the memory game we all played in preschool, except instead of pictures, the cards had examples of various literary devices printed on them. The kids had to flip over a card, read it, identify the literary device being used, and then look for another example of that device. (For instance, “life is a highway” would be a match for “baby, you’re a firework” because they’re both metaphors.)

The cards were great, but it took a few minutes to shuffle them and lay them out, and even laminated, they’d start to wear out after a few years of steady use.

I needed a good game to play this week with my enrichment class — which is working on academic vocabulary — so I got on Classflow Sunday night and set up an electronic version of Figurative Language Memory that covers alliteration, assonance, hyperbole, metaphor, onomatopoeia, oxymoron, personification, and simile. It worked very well, and the kids seemed to enjoy playing.

If you want to use it, this link should take you straight to the game.

Classflow is free to join, and most of the features will work on a regular computer even if you don’t have an interactive board in your classroom. There’s a huge library of games and tools on there, searchable by grade level, subject, and Common Core standard. If you haven’t played with it, you really should.